letting your chihuahua chase his tail is a bit complicated. Dogs do, in general, chase their tails. You may find it funny and entertaining, but they don’t usually think about it beyond that.

But there are times when a chihuahua chasing his tail is more than just “adorable.” It can be a sign that something is wrong. Even though your chihuahua chasing his tail isn’t usually the problem, it could be an indication that you need to deal with something else in your pooch’s life. For example, chihuahuas with infections may chase their tails because it is probably very itchy.

Some chihuahuas will chase their tails over and over again. This isn’t always a problem, but there are times when it is. Many dogs that have this compulsion also have other compulsions that can be more of a problem.

In general, a chihuahua chasing his own tail isn’t always a problem on its own. But it could be a strong indicator of a deeper health issue.

Should prevent my chihuahua from chasing his tail?

Generally, you don’t need to stop a chihuahua from chasing his own tail. Most of the time, chasing their tails doesn’t cause any harm. Even though it may look like dogs are getting angry, most of them don’t hurt their own tails.
Most of the time, we say to let the tail-chasing go on. Most dogs do this when they are bored. They are pretty much playing with their tail. If you’re worried, you can give them some good toys, but many chihuahuas will just enjoy using their tails more. This seems to happen most often with younger chihuahuas, who are more likely to be playful.

When a chihuahua chases his tail, the owner usually pays attention to him. This kind of behavior is cute to a lot of people, and it can definitely get your attention.  So, when they want you to pay attention to them, they may chase their tail. This happens most often in smarter breeds including chihuahuas since it takes some intelligence to figure out that one thing leads to another.

Still, there are some not-so-good reasons why a dog might chase his tail. Even though chasing the tail probably won’t be the problem, it may help you notice other problems that do need to be fixed. Again, the action of tail-chasing will never do any harm to your chihuahua. But it can tell you that something is wrong.

Reasons why your chihuahua chases his tail

There are some conditions that may push your dog to chase his tail including:

Chihuahuas don’t get tail infections often. But infections can happen in tails sometimes in long-haired chihuahuas.  Because their tails are so curled up, water can get stuck in small pockets and help bacteria grow. When it gets infected, it may start to itch a lot, which can make the tail-chasing a solution for your chihuahua.

But you can often make difference between this kind of tail chasing and other kinds because the dog is scratching an itch and not playing.

This condition can be treated, which is good news. Most of the time, antibacterial creams and pills are given by your vet.

If this only happens once in a dog’s life, it’s not usually a big deal. But some dogs can have it over and over again. Their tails just tend to hold water, or it could be something in their environment. When the humidity is high, tail infections may happen more often. If your dog’s tail is always getting sick, it might need to be cut off.

Again, this is something that usually only happens to long-haired chihuahuas. smooth-haired chihuahuas, with normal tails, won’t get a buildup of moisture and won’t get a bacterial skin disease because of this. But scratches and sores on the tail can get infected and make the same itchy feeling. Most of the time, though, these dogs don’t need to have their tails cut off because the problem will not recur.

In general, chasing their tails is harmless, but one study found that it may sometimes be a sign of a mental illness in dogs. The study found that about one-third of dogs who chased their tails also showed other signs of obsessive behavior. All breeds show these signs, so it’s not something that’s passed down through genes.

Also, most tail-chasing seems to happen when the TV is on. It’s possible that these dogs are too excited, bored, or not getting enough exercise, which can also make them chase their tails. Herding dogs, shepherds, and other high-energy dogs like your chihuahua are especially likely to do this.

If your chihuahua is too busy chasing his tail, it could be an indicator that a behavioral issue is at play. When given something else to do, like a toy, most dogs will stop chasing their tail. If your chihuahua dog doesn’t, it might be a sign of a compulsion. Your dog might even hurt his own tail, which could then get an infection.

Most of the time, senior chihuahuas are more likely to act up. It is a sign that the dog’s mind is getting worse, and the dog may not even know that it is chewing on his tail. But this can irritate the skin and lead to infections, which older chihuahuas may be more likely to get.

Zinc is a natural substance that is crucial for both humans and animals. It is known that it has a direct relation with how cells work since the body can’t utilize many of the necessary fatty acids without it. It is critically valuable for skin health because skin cells are always dying and being replaced.

But some breeds are more likely to get diseases that make it hard for their bodies to take in zinc. One of the breeds most likely to have this genetic condition is the Bull Terrier. Copper levels are also usually lower in Bull Terriers with this problem. luckily this issue is rare in chihuahuas.

Most of the time, puppies with this disease don’t do well and don’t live for very long. But not all dogs with this disease show very bad signs. No studies have yet been done to find out why some dogs are affected by these genetic conditions more than others.

In fact, some dogs with a zinc deficiency don’t show any symptoms at all, except that they chase their tails. In this case, the tail-chasing is caused by a dysfunction in the brain, which may be caused by a lack of zinc. A lot of the time, these dogs chase their tails, which can lead to other neurological problems. Some have strange and sudden changes in their personalities, like getting angry.

Should I worry if my chihuahua is chasing his tail?

Some dogs just like to chase their tails more than others. They often keep themselves entertained by chasing their tails. Most of the time, you don’t have much to worry about in these situations.

If your chihuahua starts chasing his tail out of the blue, you might want to find out why. We suggest that you give your dog other things to do and give them more mental and physical stimulation. Give the chihuahua time to play and try some puzzle toys. If these don’t stop the dog from chasing his tail, there could be a bigger problem. Your pet probably needs to see the vet.

If your dog is a long-haired chihuahua you should look for signs of infection on his tail. Common signs of an infection are redness, swelling, and pus. But even if you don’t see any of these signs, it’s still possible that your dog’s tail has some kind of infection. You can spot the infection in a deep pocket that is hard to see. Your vet can help.

The issue is not tail chasing itself. Most of the time, your chihuahua won’t hurt himself, but there’s always a chance that the dog will bite his tail too hard. Also, it can be a sign of a deeper problem that may need to be treated.

If you have worries about your dog chasing his tail, you should talk to a vet. Your vet may not find anything to worry about, but this will help find out if your chihuahua has any other problems. If your dog starts chasing his tail out of the blue and won’t do anything else you suggest, you should definitely take him to the vet.

Once you fixed the problem’s cause, you will likely stop your chihuahua from chasing his tail.

Do Old Chihuahuas Run Away To Die?

Does It Hurt A Chihuahua To Bark All Day? 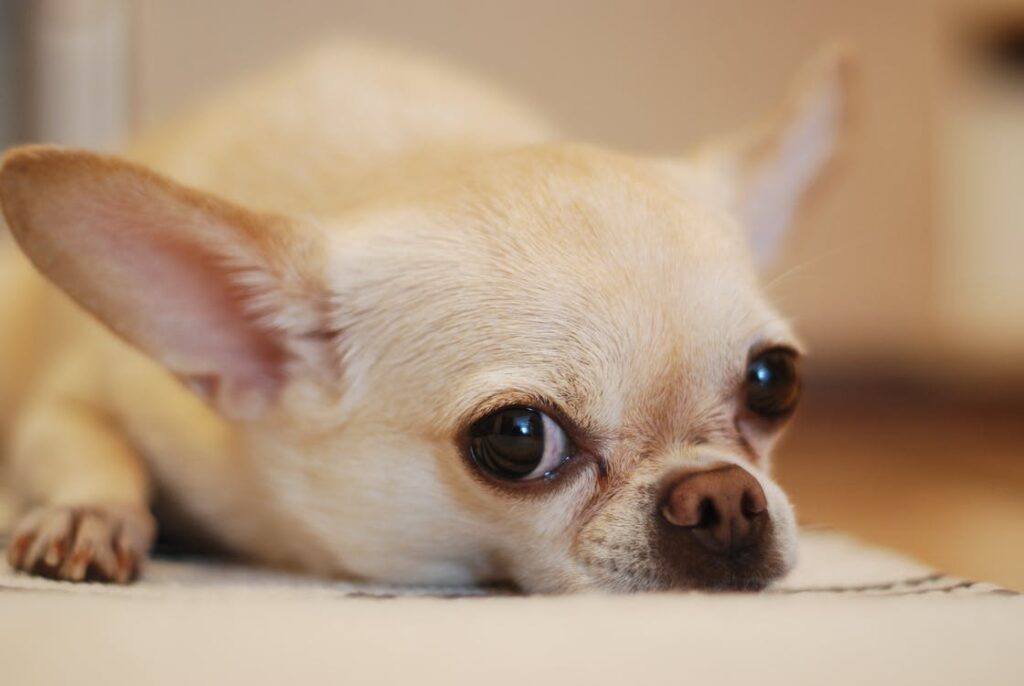 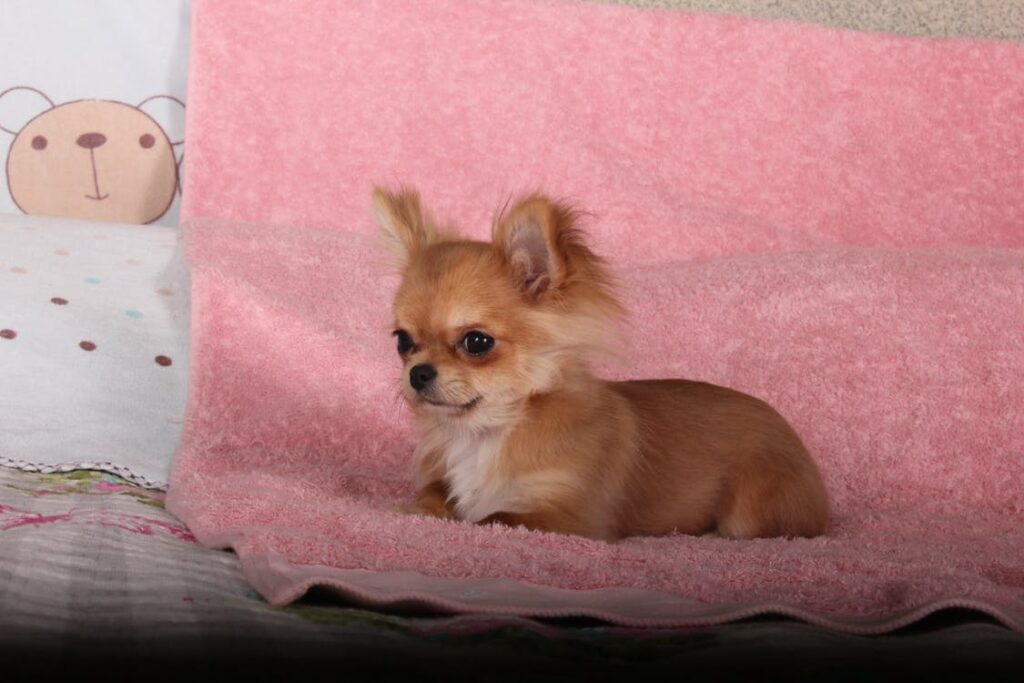 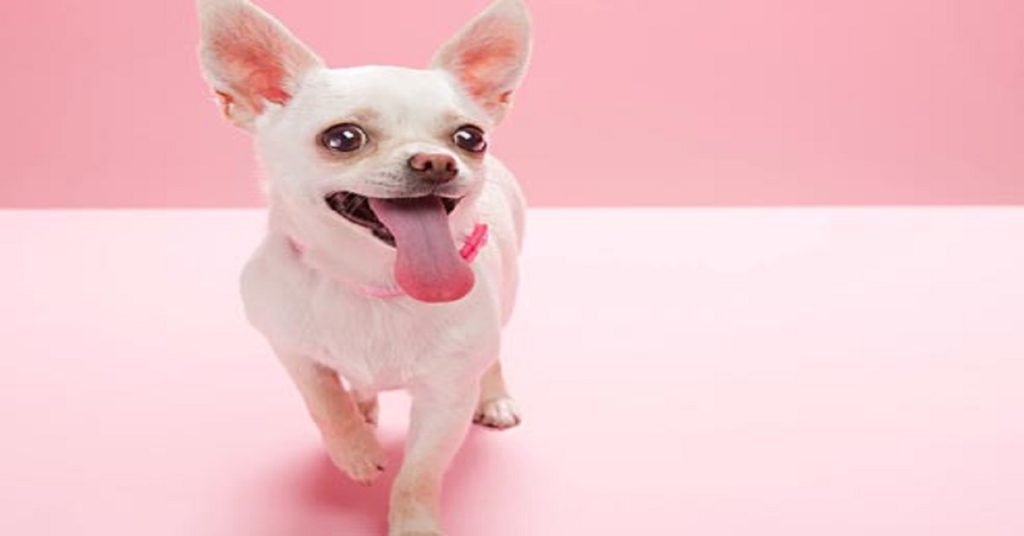 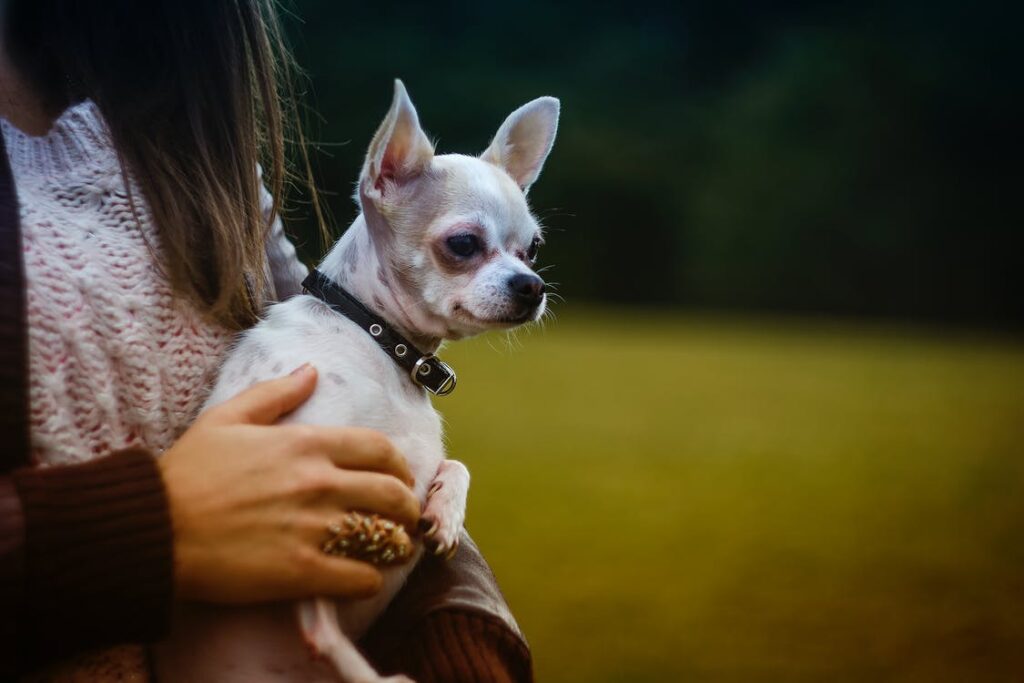