Chihuahuas are unique not just because of their character or small size, But also because they carry various colors. In the world of dogs, chihuahuas have part of the lion when it comes to colors. Also, Kennel clubs around the world recognize most of the chihuahua colors. While they only accept a few colors in certain dog breeds.

The American Kennel Club (AKC) standard says when it comes to a chihuahua’s color “Any color – Solid, marked or splashed.”

On the first hand, The AKC accepts 9 standard colors and 21 additional colors, patterns, and combinations. Each one has its own registration code(As listed below). On the other hand, there are some canine organizations such as Fédération Cynologique Internationale (FCI) and United Kennel Club (UKC) have more strict rules for chihuahua colors, they don’t accept the merle coloration.

Until now we ignore the thing that is responsible for the veritable chocolate box of colors and patterns that chihuahuas carry. Maybe it is the breed’s complex history. Whether chihuahuas are the descendant of The Mexican Techichi or another unknown European dog brought to America by the colonial powers, we are sure that the tiny dog has a colorful past.

Here are the entire chihuahua’s colors, but we will start with the five most popular.

Organization rarely accepts chocolate color for some dog breeds as this rare color is the result of a dilute gene that washes out the black pigmentation.

If you are a chocolate chihuahua lover, then don’t worry because AKC accepts this color too. Even if it is not widespread among breeders.

For a chihuahua to be recognized as a true chocolate, it has to have a darker coat than dogs that are considered brown or liver. Even if it has some splashes of white or another color, it is still acceptable.

Chocolate chihuahuas often have brown or beige noses compared to standard black. This is because a dilute gene is responsible for that special color.

This color is scarce, you have perhaps never seen a pure black chihuahua. In fact, this color is the most dominant color in the chihuahuas. But, it is always accompanied by a few splashes of other colors such as white.

Actually, there are at least three dominant genes that can result in pure black. But, they are dominant and easier to generate compared to recessive genes. This is why a solid black chihuahua is rarely seen.

The American Kennel Club (Akc) accepts Balck chihuahuas whether they are long-haired or short-haired.

This color was the most popular color in the past, this is why people used to call chihuahua “little yellow dog”. Even nowadays a lot of people prefer to have a fawn chihuahua. A Deer fawn chihuahua looks like a baby deer because of the color they share.

The redness in a chihuahua’s coat is caused by the pheomelanin pigment. However, the appearance of a chihuahua including coat color depends on the genetic interactions of the parents. This is why we can find a chihuahua in various colors. There are two types or ranges of this color, the first one is a rich reddish-brown and the second is bright red coats with few splashes of dark hairs.

Put in mind that Pheolmelanin has influence only on the color of the coat and not the skin. For this reason, most red chihuahuas have black paws, noses, and eye rims.

Some people simply can’t distinguish between white and cream colors in chihuahuas. A Cream chihuahua may look like a white one, keeping some red in her/his coat that gives the tiny dog a creamy hue. Most cream chihuahuas may have black noses and eye rims. And Some of them may have pale skin.

All dogs change their coat color as they get older. For example, a pure black chihuahua puppy may change her/his colors to another one. This fact may disappoint some breeders who are looking to mate two chihuahuas with special colors to produce a rare yet eye-catching color.

In addition to the most popular colors in chihuahuas, there are other special and stunning colors that chihuahuas can come in. Enjoy!

This color in chihuahuas is extremely rare. To produce a solid blue chihuahua puppy, you should mate two parents that have the same recessive gene that dilutes the black pigmentation. However, breeding for a recessive gene can lead to unwanted health issues, and it is considered unethical by most canine organizations.

As mentioned earlier, because this color is rare the range of a blue chihuahua puppy can reach $10,000.

YOU CAN READ MORE ABOUT blue chihuahua, appearance, and facts

However, silver color is an acceptable color for chihuahuas that has its proper registration code. Whether some believe that this color exists or not, this stunning color is preferable to a lot of chihuahua parents. This exotic “metallic appearance” is also seen in other dog breeds such as Border Collies.

Just like the red color, This distinctive color is produced by pheomelanin pigment. You should put in mind that gold chihuahuas are not golden chihuahuas. Because golden chihuahua is the result of breeding Golden Retriever and chihuahua.

A gold chihuahua may have a black or liver-colored nose. It all depends on the type of Eumelanin pigment.

Firstly, this color is accepted and Listed by the AKC. However, there are some breeders that don’t recognize this color.

According to AKC, to get a Chocolate Blue chihuahua puppy, the parents must carry both the dilute gene for black pigmentation( responsible for blue hue) and the “b” allele to produce black pigment to appear brown.

Chihuahuas are not popular for no reason, celebrities prefer these cute tiny dogs because they are such a mixed bug when it comes to colors. Chihuahuas that have a combination of two colors are very stunning.

Here is a list of the most common color combinations :

This combination is rare. To have this color, parents need to have the same alleles as black and tan, and the dilution gene that fades the black pigmentation to blue.

The extent of that dilution plays a significant role. Because depending on it, the blue parts of the chihuahua’s coat can range from grey to almost powder blue. The location of the tan color often is, the paws, tips and ears, and around the muzzle.

Black and tan chihuahuas are not very popular. In order to get a chihuahua puppy with this combination of colors, the parent must “double non-black allele(kyky) in the K locus and at least one tan-point allele (at) in the Agouti (A) locus.”

You can also come across a black and tan chihuahua with some white marking, especially on the chest. Because of this, some people call a chihuahua with this color combination a “Mini Dobie”.

Generally, chihuahuas that have a combination of colors usually have the darker one on the top and the lighter one on the face, chest, toes, muzzle, and belly. We can see this fact in the fawn and white chihuahua, even if it is difficult to spot and make difference between these two different two colors in a chihuahua puppy.

Depending on the genetic make-up of the chihuahua, a white and fawn chihuahua can have black noses and livers.

This combination is also rare in chihuahuas, Even if the chocolate color is common. To produce a chocolate and tan chihuahua puppy, parents must have the tan-point allele in the Agouti gene, then the mutations in the B locus.

It is easy to distinguish the two colors in chihuahuas.

Chihuahuas also tend to have this combination of colors just like Border Collie dogs. We know that the black coloration is the result of eumelanin pigment, while the white color is the lack of any pigmentation at all.

Dogs that have this combination of colors have the tendency to suffer from some health issues such as hearing loss. This combination is majestic and preferred by a lot of breeders and chihuahua parents.

It is generally a gold chihuahua with white splashes all over the body. Or in the tail and paws, legs, tail, chest, neck, and muzzle. This is a very stunning appearance.

After discussing all the pure colors in chihuahuas and basic color combinations, we will move into some important patterns in chihuahuas. Once more, there is a debate about this subject, while some breeders and experts recognize only one type of brindle chihuahua, some canine organizations such as AKC recognize three various varieties.

There is a debate about this pattern in chihuahuas. While the AKC accepts Merle markings in its registration codes, the UKC doesn’t accept it. In addition, the Chihuahua Club of America disqualified the Merle pattern.

You should put in mind that the merle pattern is a sign of some health issues and genetic problems. However, no one will disagree when it comes to the beauty of this coloration, especially with blue eyes.

Unfortunately for merle chihuahua lovers, there is a high chance that these dogs may experience some health issues such as blindness and deafness. Because the merle gene whitens and lightens its pigmentation, leading the pigments in the eyes and ears to whiten too.

In some cases, a merle chihuahua puppy won’t show any health issues during his/her first years because she/he may inherit a double merle genotype. However,  the dog may face issues later in her/his life including, cardiac issues, skeletal systems issues, and reproductive issues.

YOU CAN READ MORE ABOUT: 10 Facts about merle chihuahua

To get a sable chihuahua, the puppy should inherit only one allele of sable, because the sable gene is very dominant.

In fact, there are three different varieties of Sable patterning. Which are tipped, shaded, and clear.

Unlike other dog breeds such as Pit Bull, the brindle pattern is rare in chihuahuas. It is caused “by the Kbr allele in the Dominant Black (K) locus,”

According to AKC, there are three different types of brindle patterns, each one has its own registration code :

You might be asking about the price of this adorable dog. So, as we said before this pattern is rare in chihuahuas, this is why the price of a brindle chihuahua is $3,000. Put in mind that your brindle chihuahua won’t keep her/his appearance his/her whole life. Because dogs change their color as they become senior. Think twice before wasting your money.

YOU CAN ALSO READ: Brindle chihuahuas-Everything You Need To Know

There are some colors that are extremely rare in chihuahuas including, white, blue, merle, and chocolate blue. Some chihuahua lovers especially celebrities are ready to pay a huge amount of money to get a chihuahua who has one of these colors, especially white, and blue chihuahuas.

The Popular Colors In Chihuahuas

If you are an experienced chihuahua owner you will know that the most common colors in chihuahuas are brown, black, cream, red, and fawn. Do you agree?

As has been noted, Chihuahuas are gifted with adorable colors. This is why Their rainbow is so special and gives the owner various choices. Please can you tell us what is your favorite color? And why? 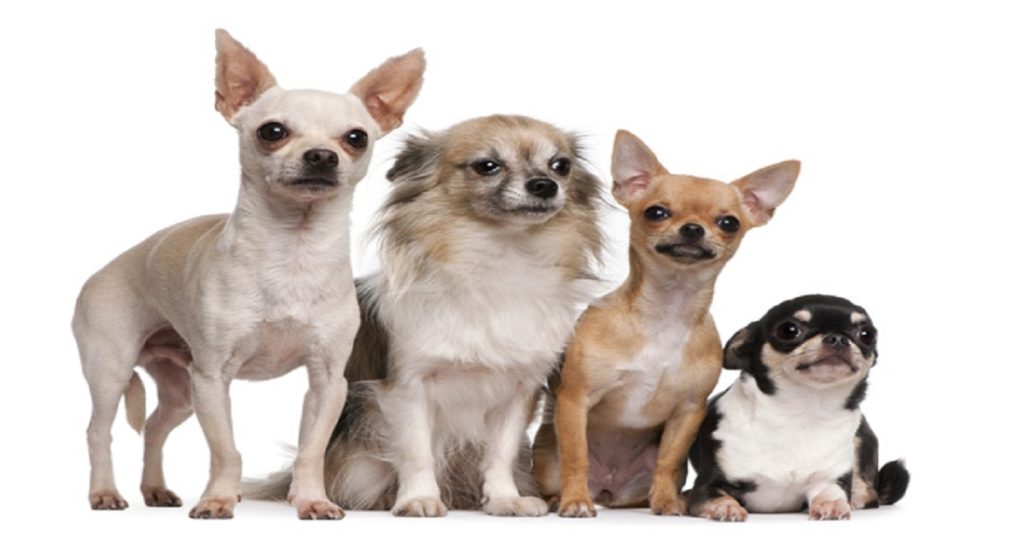 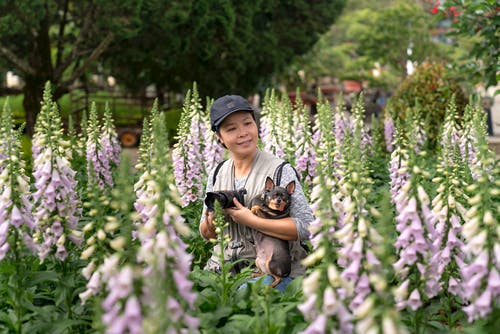 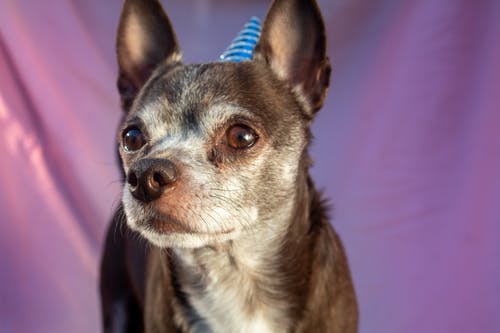 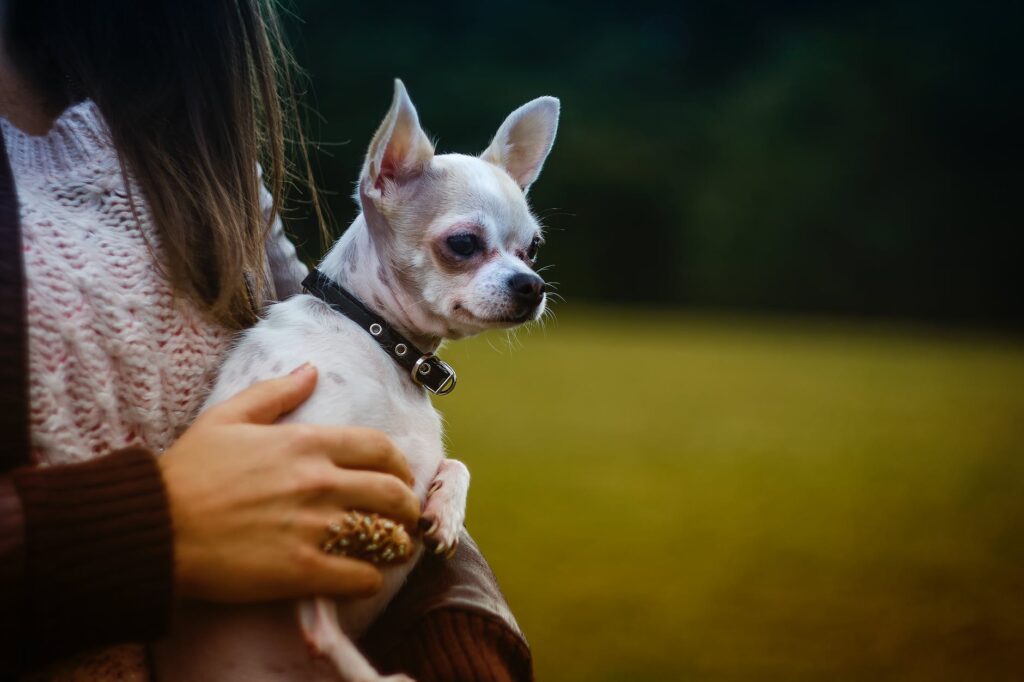